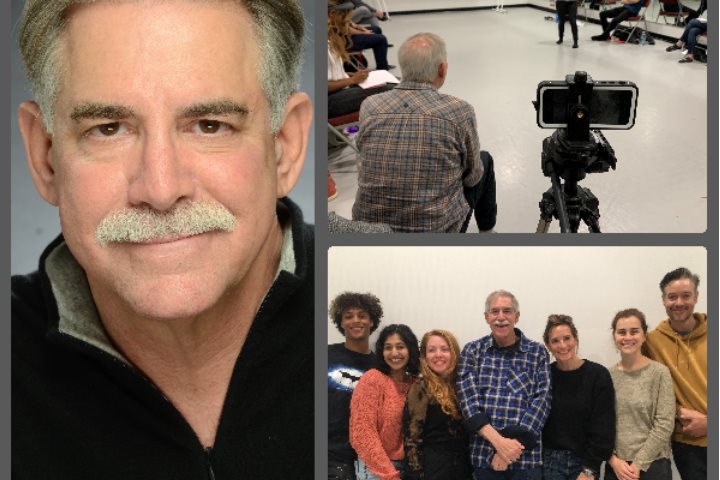 Full vaccination required to attend. This class is not suitable for beginners with no experience."He really knows how to bring your best out of you and get your performance to that next level. This is a great class to prepare you for self-tape or in-person auditions for film and television." Jeremy W UP ON YOUR FEET will include work on monologues, commercials, and 2-person TV and film scenes. Scripts are targeted specifically for each actor and are emailed to students prior to each class, allowing adequate time to prepare. These acting classes will also focus on the mechanics of creating your own, effective audition tapes. Each student’s work will be filmed in class and the recordings will be emailed to them the following day.”" I don’t think you will find anyone else out here in the Bay area that will succeed his expertise and knowledge of the industry, his dedication, energy, and love for coaching, and his proficiency in bringing out the best of talent in you, in the most earnest way. " Mia S.Course of 6 acting classes. Monday evenings 7-10pm. Smuin Ballet 1830 17th St. SF CA 94103. $400.00Alternative payment methods are available. Ask us at sfactingacademy@gmail.com!

Date & Time : 18/07/2022 07:00:00 PM
Class Duration: 3 hours. 7-10pm. Mondays, July 18-Aug 22nd.
Instructor: Stan Roth
Background: Stan Roth relocated to the Bay Area from Los Angeles where he taught Cold Reading, Scene Study, and Improv since 1987. He has numerous TV, film, and stage credits including 3 seasons as attorney Marvin Girard on the TV series, The Judge. He also directed many episodes of the series, as well as several critically acclaimed theatrical productions. In addition to teaching ongoing, private Cold Reading classes, Stan served on the faculties of the American Academy of Dramatic Arts West (13 years) , Theatre of Arts Academy, the Denver Center Theatre Academy, South Coast Rep, UCLA, Santa Monica College, and Diane Hardin's Young Actors Space, LA County High School for the Arts, Several of Stan's students have gone on to successful acting careers, most notably Oscar winner Leonardo DiCaprio. His teaching involves no gimmicks, just clear, effective instruction, and rather than limit his teaching to one particular philosophy or method, his approach is designed to teach reliable acting techniques that are applicable in any acting or audition situation. He is represented in the Bay Area by NYLO Agency. His website is StanRoth.com
Location:
1830 17th St. San Francisco, California United States 94103
About San Francisco Acting Academy
The San Francisco Acting Academy

UP ON YOUR FEET WITH STAN ROTH STARTS MONDAY JULY 18TH!