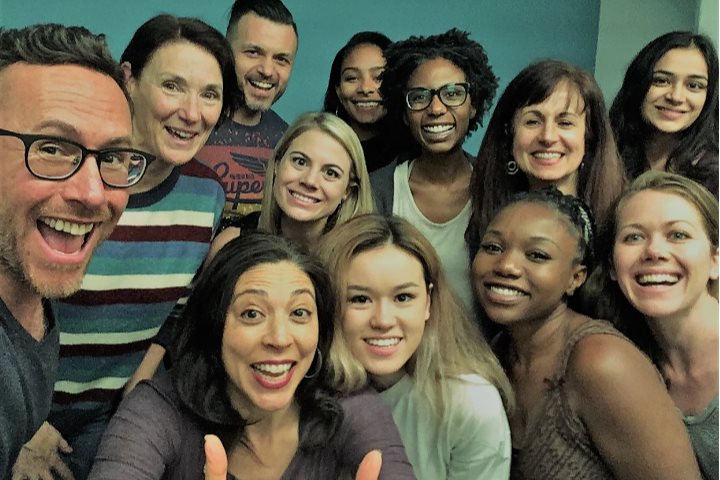 It's been a long time coming. but we are so happy to be back IN STUDIO! Please join us in our wonderful and new location, 1830 17th Street SF CA 94103! Smuin SFAnd we have the perfect class to break the ice! AUTHENTIC ACTOR ON CAMERA with Tina D’Elia. Saturday September 25th, 1:30-4:00 PM. This class will be held in Studio B, a 680 square foot space, with a brand new HVAC system and excellent ventilation. CLASS REQUIREMENTS PER SF ORDINANCE: : You must be fully vaccinated, with proof to access the building. Masking required except when performing. You'll also need your phone for the class.. Class size will be limited. 0 seats remain. Email to get on the waitlist: sfactingacademy@gmail.comAs we all navigate the new paradigm, self tape auditions will continue to be the norm, thus the importance of using your own phone to record your work. You will not only learn valuable self tape tips but also gain confidence working with tripods and setting up smart phone scene compositions. If for whatever reason your phone is not compatible or up to date, we will record and email you your work for that particular class.AAOC will cover Warm-ups for Acting and will focus on cold reading & scene study. It is ideal for all levels.“Tina D’Elia Authentic On-Camera Acting Class is appropriate for all actors, from beginner to seasoned professional." Laura B.Each class focuses on specific acting techniques and audition practice.Film/TV scenes will be given the day before or given at the beginning of class. Every actor will perform their sides twice.This is a great class for both working actors expanding skills, stretch work, and for new actors learning on-camera acting techniques. Course of 1 class. IN STUDIO! Saturday September 25th. 1:30-4:00 pm. Class size will be limited. 0 seats remain. Email for waitlist: sfactingacademy@gmail.com.Class requirements reminder. Fully vaccinated with proof, masking and a smart phone. You will not be allowed entrance into the building without proof of vaccination. Photo proof will be accepted.