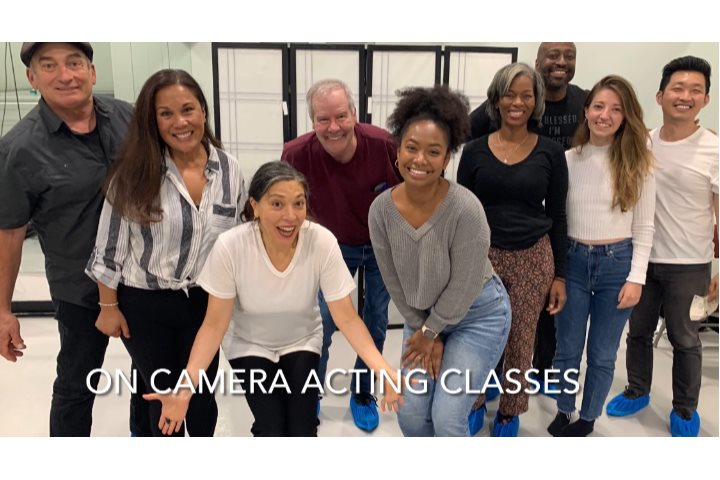 It is awesome to be back in person! No doubt about it.Join us in our new Potrero Hill location, 1830 17th Street SF. Proof of Vaccination required. All City covid protocols followed.AUTHENTIC ACTOR ON CAMERA with award winning performer and Casting Pro Tina D’Elia. Saturday February 12th. 1:30-4pm. Great for all levels 18 and above. As we all navigate the new paradigm, self tape auditions will continue to be the norm, thus the importance of using our smart phones to record work. You will not only learn valuable self tape tips but also gain confidence working with tripods and setting up smart phone framing."Tina D'Elia's Authentic Actor workshop is exactly what every actor needs right now. Tina never fails to lend her professionalism, and her expert guidance within the acting industry." Tianna H.Each class focuses on specific acting techniques and audition practice.Film/TV scenes will be given the day before or given at the beginning of class. Every actor will perform their sides twice.This is a great class for both working actors expanding skills, stretch work, and for new actors learning on-camera acting techniques. Course of 1 class. IN STUDIO! Yay! Saturday February 12th. 1:30-4pm. $130.00. Now Full! "I was getting extremely nervous during my auditions and it was recommended that I take Tina's class by a veteran actor who said he had taken classes with her as well. The intimacy of her class size allows for her to get personal goals from each actor and actually work on them. I walked away from her class feeling like my nerves would no longer be an issue and they are not!" Chris S.