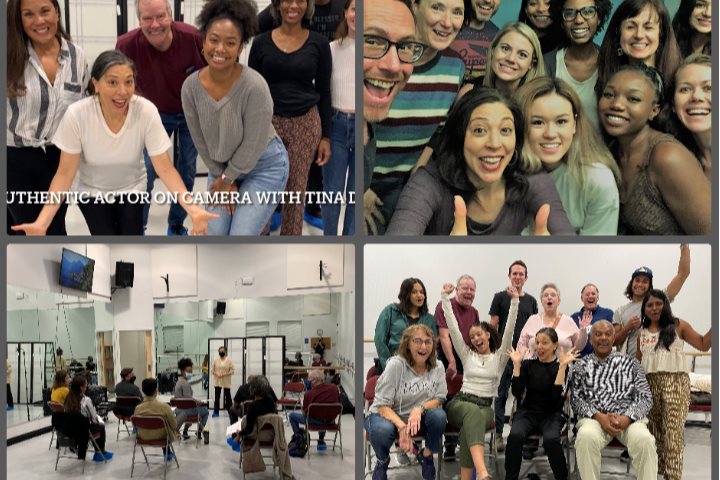 Full vaccination required. Great for all levels 17 and above.Final AAOC until the Fall!"She gives you the chance to see what you can do with a scene by asking questions about your character that you may not have even considered. She is very approachable and I guarantee you will have an "Aha" moment or two. You will leave the class excited, satisfied, happy and ready to take the next one." Delores C.AAOC will cover warm-ups for Acting and will focus on cold reading & scene study.Film/TV scenes will be given prior to the beginning of class. . Every actor will perform their sides twice.This is a great class for both working actors expanding skills, stretch work, and for new actors learning on-camera acting techniques using self taping guidelines. Links to download your work will be provided. Come join us and reconnect with your acting and film community"Tina’s classes are the best!! With her insightfulness, intelligence, support and enthusiasm, she gently pushes and encourages us to discover the deeper layers and possibilities hiding beneath the surface " P. BradmanCourse of 1 class. Monday June 6th. 6:30-9:00pm. $130.00. Taught at Smuin Ballet Studio B. 1830 17th Street. SF CA 94103