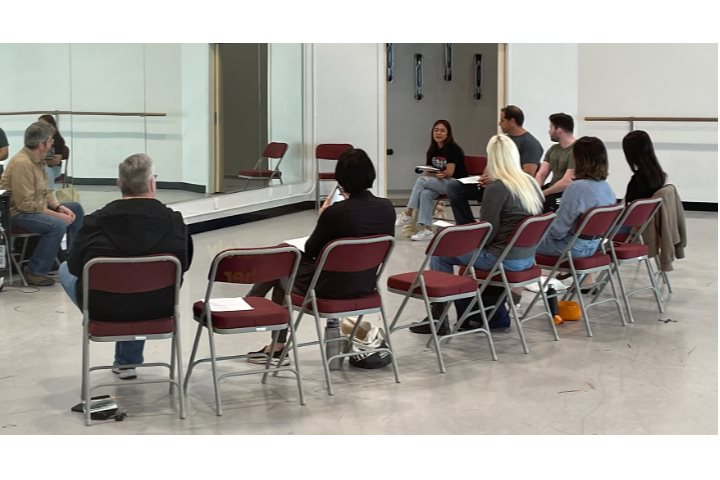 An IDEAL acting class for all levels.This class gave me the tools to grow into this art form over a long period of time. I would absolutely take another course with Rolf again” Meghan G.This is a straight up, 6 session acting class, pure and simple. Think craft over cameras. There will be limited cell phone recording as a tool for homework. You will learn how to find the truth in a character from the ground up, no matter where it may fall under the acting umbrella: Stage (musical, drama and comedy), film and television, radio, voice over, and video games. These are all platforms that the modern actor needs to be able to perform in and there are many techniques required for each – some the same, some similar and some very different. BUT at the core of all of them is - quite simply - the craft, the art of acting."He taught me to trust my instincts, that everything is about choice … the final decision is something to be embraced and not afraid of.” Samantha GCourse of 6 classes. Tuesday evenings , July 12th to August 16th. 6:30-9:30pm. Smuin Ballet Studios. 1830 17th St. Sf Ca 94103. $400.00Alternative payment methods are available. Ask us at sfactingacademy@gmail.com!

Date & Time : 12/07/2022 06:30:00 PM
Class Duration: 3 hours. 6:30-9:30 pm. Tuesday Evenings. July 12th-August 16th.
Instructor: Rolf Saxon
Background: Rolf Saxon (AEA, BAE, SAG/AFTRA) originally from the Bay Area, trained at the Guildhall School of Music and Drama in London. Working extensively in film, television and theatre including the Royal Shakespeare Company, Theatre Complicte, Chichester Festival Theatre and the Royal Court as well as the West End and regionally; working with, among others, directors Simon Curtis, Simon McBurney, Trevor Nunn, Matthew Warchus and actors Daryl Hannah and Gene Wilder. His film and television include over 25 films and three television series, working with Steven Spielberg, Brian De Palma, Tom Cruise, Vin Diesel, Tom Hanks, Dame Helen Mirren, Jonathan Pryce and Ryan Reynolds, among others. A director in both theatre and film himself, he has also been a private tutor and coach for over 20 years. As well as SFAA, he is a Professor at Ohlone College and teaches at the Berkeley Rep School of Theatre here in the Bay Area while in London, he teaches and directs at the Royal Central School of Speech and Drama and the Academy of Live and Recording Arts. www.rolfsaxon.com
Location:
1830 17th St. San Francisco, California United States 94103
About San Francisco Acting Academy
The San Francisco Acting Academy